If you need someone to endorse a great women’s racket, look no further than Naomi Osaka, who plays with the Ezone 100. Yonex has been bursting onto the tennis scene as of late and with good reason as player’s ratings and reviews have been nothing but spectacular.

Power and quick swings are definitely what come to mind with this racket in particular. While you may want to play just like Naomi, it’s worth reading on a little more to see what this racket really about. 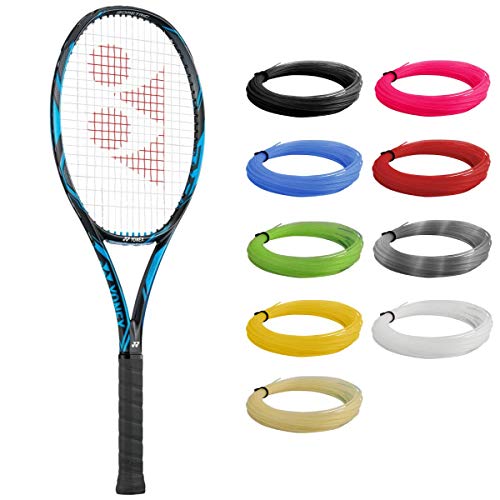 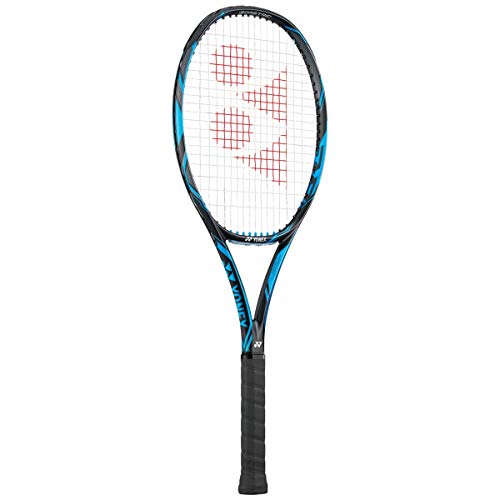 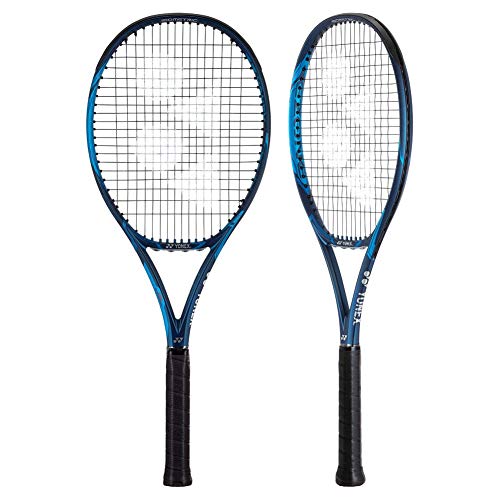 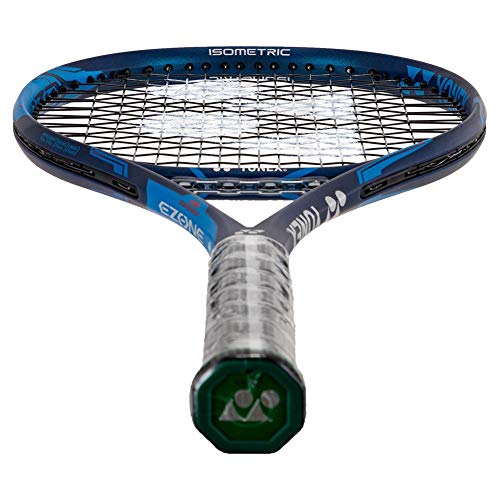 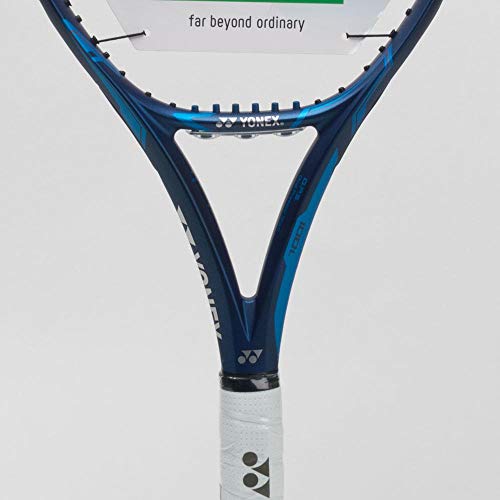 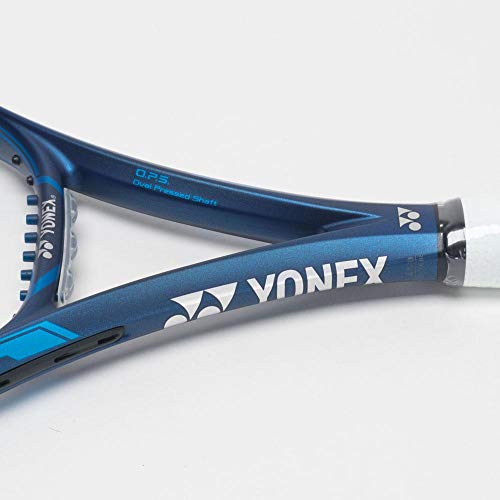 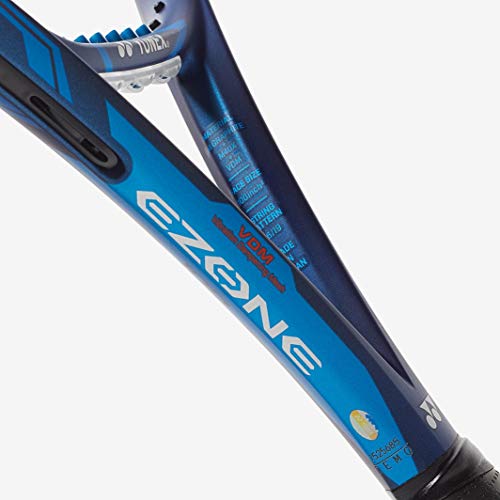 First, know your specs before we get into the nitty-gritty of the powerhouse.

So why is this racket such a popular one? Likely due to the fact that it seems to be playable for all levels. While control may be a bit more difficult for beginnings, the enlarged sweet spot due to its isometric shape gives you a better feel and fewer mishits.

It’s generally headlight which means that some people will find it’s a little too boingy rather than stable. The weight sits slightly in the handle making it easy to maneuver while keeping the packed power behind every shot.

This is why aggressive baselines (hello Osaka) are such a fan. Getting that extra pop on the ball goes a long way.

But let’s get into specifics.

Because of the headlight balance, the racket becomes easy to maneuver and cracks winners on the run. If you aren’t that advanced, don’t worry. Its natural power and big sweet spot make for easy contact and comfortable ball striking.

While the weight is not the lightest on the market, it also is not incredibly heavy. 300 grams is the middle ground weight that will allow all strengths to play. A slightly heavier weight helps combat and sort of shock or instability that comes with a headlight racket.

What all players will find is that this racket really crushes it on the depth. This is due to the weight as well as good contact margins. Most players may struggle to get the ball deep, while this racket actually has no problem at all.

Some may even, so it lacks a tiny bit of control due to its slightly larger headsize. But the racket is spin-friendly, so any of those who may struggle in the beginning will be able to adapt.

We can take what we know from the baseline and come to the easy conclusion that while it’s easy to get the racket into position, sometimes it may lack instability in your hand. This can make it particularly difficult to serve and volley when the ball returns at the highest speed.

Having said that, as a doubles player, coming into the net or already starting at the net will seem easy. With the idea in mind that you know the racket may not be as stable as some of the other rackets, you can try to make it a little more controlled by firming up your grip.

But, what about touch? Well, the sweet spot certainly helps, but touch volleys may be a little more difficult due to the power and lack of control element in some cases. You will really need to have some soft hands and skills in order o make your volleys softer. When it comes to cutaways, no issue.

Arguably one of its best categories the serve is where you can do some serious damage with the Ezone 100. Between the power, maneuverability, and sweet spot, you’ve got all you need to make it a consistently tough serve to return.

Power comes from speed, so getting that racket up into the right position is the first part of the equation. That’s why having the weight at the handle instead of the head comes in handy. The second part is being able to snap the wrist at the top and create a forceful contact. Also possible with this racket. It makes those who feel less powerful all of a sudden like big hitters.

But what about the concern for the lack of control? This is where the isometric design can really make a difference. While the racket is technically 100 square intentions and offers a great sweet spot, its rectangular shape offers the tiny bit of control you need to make sure those bombs go in.

The great thing about the Yonex Ezone 100 is that you can play like Naomi Osaka and love it, or you can be just starting out. Its playability and well-roundedness when it comes to the overall picture make it a great choice for just about anyone.

Keeping in mind that it is ultimately a power racket and relies on precise adjustments within the play to control things like big baselining and serving. Having said that, all-court players will find themselves loving this racket too. This is largely because it is an easy set up from the backcourt and has just enough give and flexibility to punch it at the net.

Soft touch is something a more refined player would have to work at, as a beginner may struggle to have much feel with the racket. This is because it’s still a relatively stiff frame with not the largest specs. Its isometric shape, however, combats this just a bit to offer a big sweet spot and more forgiving shots. This is where a middle-class player can take advantage.

Overall the Ezone 100 works great and is a likable racket. 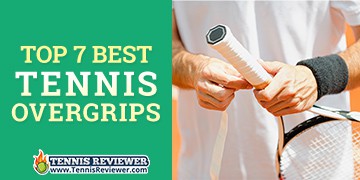 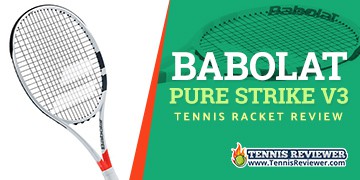 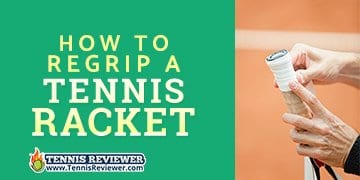 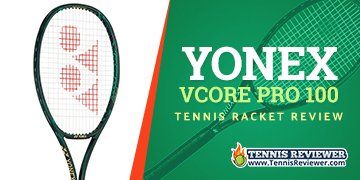 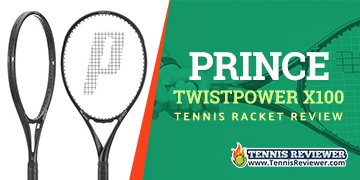 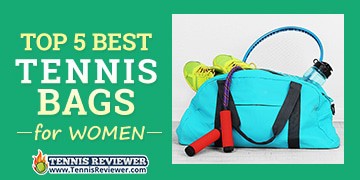 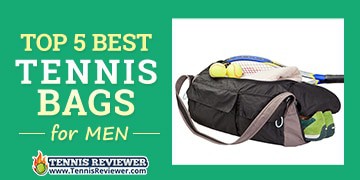