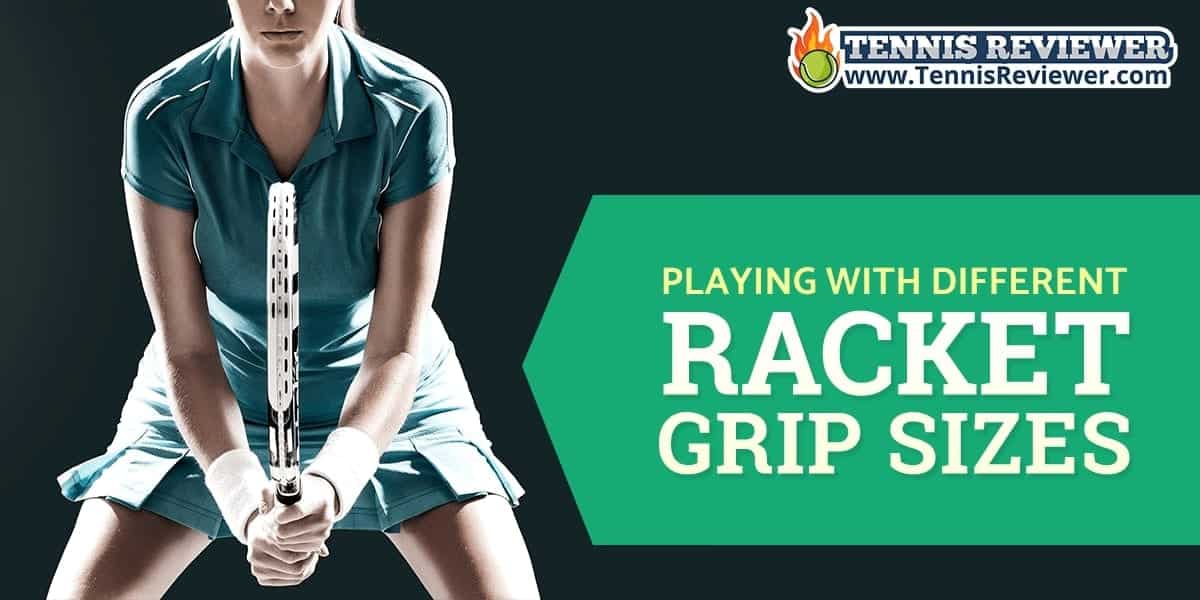 Choosing the correct grip size for your racket will not only impact your playing style and ability, but help prevent serious injury. Your grip is the primary communicator between yourself and your racket. Picking an appropriately sized grip and maintaining it the correct way will do wonders for the health of your tennis arm and your game.

Straining to keep hold of a grip that is too small is one of the primary ways to get tennis elbow quickly. Using a small grip also forces the player to hold the handle too tightly, making it difficult to achieve the speed, power, and spin on shots that you should be capable of making with the correct equipment.

Often, using a small grip will also result in the grip wearing out way before it’s life expectancy should be up, because it may reduce touch and feel at net.

Using a grip that is too large generally has a less noticeable impact on your game, but it’s certainly a factor. Straining your hand to hold onto an oversized handle causes muscles in the forearms to unnecessarily tense, which can make changing grips between strokes challenging.

There have been a lot of conversations in recent years regarding Rafael Nadal’s and Roger Federer’s grip sizes – they are much smaller than the standard grips used fifteen or twenty years ago. Nadal uses a 4 ¼ inch grip, while Federer uses a 4 3/8 inch grip. Both professional players use overgrip, which does increase grip size by about 1/16 inch, but by the end of a match, this width has gone back down due to wear.

Both players claim that using a smaller grip increases the power of a wrist snap shot. This leads to a general increase in speed, as well as phenomenal movement and kick during serves. At such an advanced level, there are nearly no drawbacks to using a smaller grip. However, it should be noted that for novice players, this is how bad and potentially dangerous habits are formed. Forehand and backhand shots will take a turn from a nice wrist snap, as we see with the pros, to inevitably being entirely too “wristy,” one of the primary causes of tennis elbow.

Eastern and continental strokes may suffer in beginners, as smaller grips reduce stability. This makes it more difficult to volley or hit groundstrokes with any consistent accuracy. The extra wrist flexion allowed by small grips force some players to squeeze harder (especially those with bigger hands), which can really stress their hands and wrists.

The bottom line is that just because a smaller grip works for the professionals like Roger Federer and Rafael Nadal, does not mean a smaller grip will work for you or your local team. Larger grips are going to be more comfortable long term, especially if you are predisposed to injuries like tennis elbow. Try out different sizes, but play it safe – you want to be playing for more than a single season.