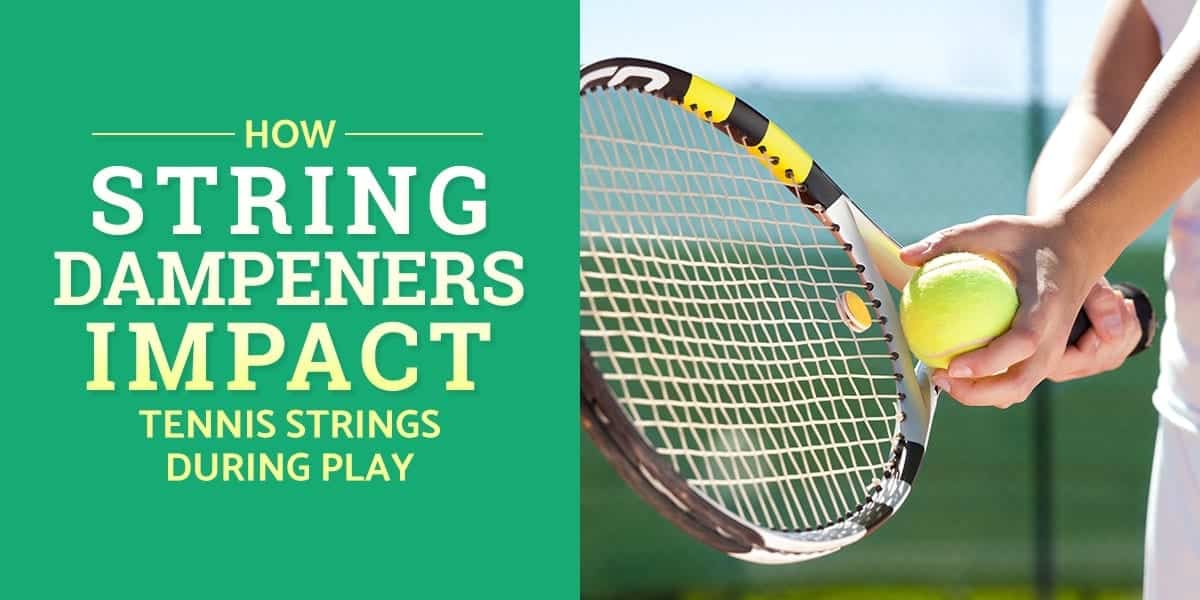 The decision on whether or not to use string dampeners on tennis strings is extremely subjective. For some players, playing without one can affect their on-court performance; out of curiosity others may have tried but did not feel any obvious improvement in their game; while the rest may not have even seen one before. To help you make an educated decision if the use of string dampeners is for you, this article walks you through the basics.

What is a String Dampener?

Also referred to as tennis racket vibration dampener, it is a small device that dampens or reduces string vibration caused by the impact of the strings hitting the ball. They are typically manufactured from some sort of rubber material and commonly come at a low cost, sporting a wide variety of brand logos and designs. Dampeners come in “button” or “worm” types, with buttons as the more common option. Unlike the easy-to-install button, worm dampeners come in several shapes and sizes and are woven in between main strings.

Unknown to many, there is a specific place where a vibration damping device should be placed. According to the Official Rules of Tennis by the United States Tennis Association – Rule 4, Case 3; vibration dampeners may only be installed “outside the pattern of the crossed strings.” Furthermore, a player can install more than one device as long as the rule mentioned is followed.

Impact to Tennis String during Play

The main use of these rubber devices is to reduce the vibration of the string resulting to a lower-pitched sound to replace the “ping” as the racket hits the ball. Players who want a tiny ping sound should use buttons, those who’d rather have pock sounds use worms, and those don’t mind the ping sound use nothing.

Aside from affecting auditory feedback, players who use dampening device may notice a slight difference in feel and touch during ball-string impact. And whether you decide that the change makes you better or worse at your game is totally a personal judgment.

Research and studies have disproved the effectiveness of string dampeners as shock absorbers. According to science, these string dampening devices are too small in relation to the rackets to absorb a significant level of shock. So these will not help players minimize hand and arm discomfort, at all. Players who suffer from tennis elbow and other arm problems are advised to look into other means of achieving more comfort when playing to avoid further injury.

As with top tennis pros who continue to use string dampeners, like Andy Roddick and Rafael Nadal, one possible explanation that experts lean on is psychological effect and even emotional attachment.

Bottom Line: String dampeners are somewhat of a misnomer – they are installed on the tennis strings just to quiet the vibrations resulting to a change in the sound as the string bed hits the tennis ball. It is the strings that the device affects, and it does not frame shock on impact nor prevent arm injury.